When flowers, chocolates, and Hallmark do not convey the depth of devotion, inspiration can be drawn from legendary lovers. The German Richard Wagner composed for wife Cosima the symphony, “Siegfried Idyll.” The Russian Tsar Alexander III presented his Tsarina the original Fabergé egg. Welsh actor Richard Burton gifted Elizabeth Taylor the fifty karat La Peregrina pearl that had once graced the finger of Mary I of England. However, for romantic flourish one can turn to the gesture of a Mogul emperor.

The world’s most famous monument to undying love had its genesis when the fifteen-year-old Prince Khurram strolled along the Meena Bazaar where he saw a beautiful girl selling glass beads. After the prince inquired as to the price of her wares, in the age old language of flirtation, she replied they were diamonds, ones he could not afford. Khurram paid her the fantastic sum of ten thousand rupees and left carrying a glass bead- as well as the heart of Arjumand Banu Begum. 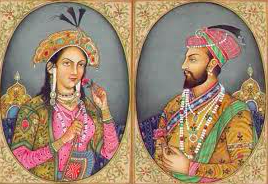 Five years later, when the court astrologers agreed on an auspicious date, the couple were permitted to wed, and his father arranged for the wedding of the millennium. Enamored, the prince built his wife sumptuous palaces, showered her in jewels, and ignored his polygamous rights with his two other wives. Upon his coronation, Prince Khurram became Shah Jahan which translates to “king of the world.” His consort became Taj Mumtaz Majal, Persian for the crown and ornament of the palace.

The Shah and Empress could not bear to be apart and Mumtaz Majal gave up the luxuries of her palace to follow her husband on his campaigns of conquest. During one of these excursions, she became gravely ill following the birth of their fourteen child. On her deathbed, the Empress requested as his last gift Jahan erect a monument to commemorate their love.

The bereaved husband’s mission became to erect the world’s most magnificent mausoleum, and from his far flung empire, transported on the backs of elephants, came treasure troves of marble, gold, and jewels. A labor force of 20,000 men toiled on the tomb for two decades. The pool of water in front of the milky white structure reflects its beauty. Lore holds it that the Shah ordered the blinding of his chief architect so he would never be able to reproduce the design. Aware that he had created the most magnificent structure in the world, he christened it after his lost love. The cost of construction in contemporary currency: $827 million.

After the Taj Mahal’s completion, Jahal’s sons developed a Cain and Abel relationship and fought to take over the Peacock Throne. Aurangzeb, the most skillful in fratricide, emerged the victor. He imprisoned his father in the Red Fort that was the deposed ruler’s palace/prison for the remainder of his days. For the next eight years, Jahal gazed out the window where he saw Mumtaz Mahal’s tomb. To those who view the world with their eyes, the Emperor was indulging in vanity at the magnificent structure he had willed into existence. To those who viewed the world with their heart, the Shah was looking at the jewel in the crown of the world’s structures where Mumtaz Majal waited for him to lie once more by her side.

According to Indian lore, during the rainy season only one droplet of rain falls on Mumtaz Mahal’s mausoleum, which led the poet Rabindranath Tagore to describe the tomb as “one teardrop upon the cheek of time.”