The Angel of the Battlefield

Since the inception of the pandemic, the Internet has showcased countless posts of health- care workers with super-hero capes draped across their shoulders. As May marks the month Clara Barton founded the American Red Cross, now is an apt time to remember the heroine.

In addition to providing medical care, nurses also don the hat of therapist, hand-holder, and interpreter, and in so doing, they are following in the footsteps of a most remarkable woman. 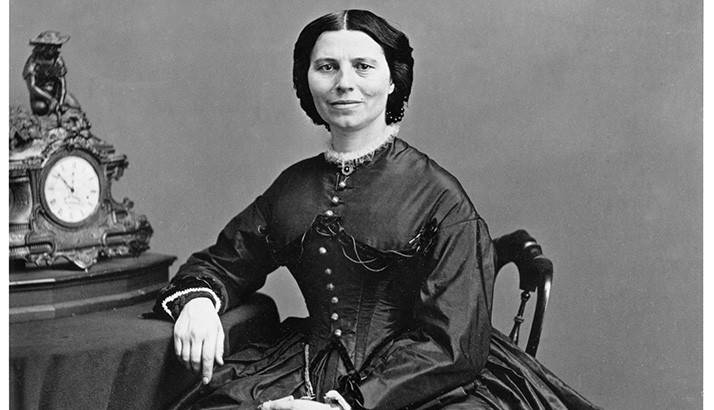 Sexism walked hand-in-hand with Clara’s career, starting when she labored to open a public school in Bordentown, New Jersey. A male principal was in charge at twice her salary, and her response was, “I may sometimes be willing to teach for nothing, but if paid at all, I shall never do a man’s work for less than a man’s pay.” In 1854, she protested by taking a position in Washington at the U.S. Patent Office, making her the first female to receive a government appointment. She earned $1,400 a year, the same as the male clerks. When her supervisor left, his replacement was hostile to the thought of a woman in the workplace; he demoted her, and she received a cut in pay. Rumor-such as she was an unwed mother- proliferated.

Barton’s next career started with the Baltimore Riot that resulted in the first bloodshed of the Civil War. The wounded soldiers were left to recover in the unfinished Capitol building. Some of the men were Clara’s former students, and she decided her life’s mission lay in nursing.

In 1862, she showed up in a field hospital in Virginia, and her assistance led the surgeon to state, “I thought that night if heaven ever sent out an angel, she must be one.” To those she nursed, she earned the moniker, The Angel of the Battlefield.