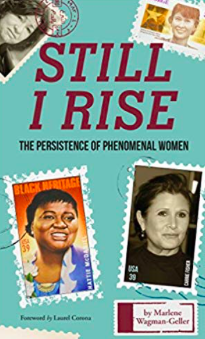 In 1970, Joni Mitchell lamented in “Big Yellow Taxi,” “No, no, no/Don’t it always seem to go/That you don’t know what you’ve got till it’s gone…” The song served as a red flag; in an instant, what we hold dear could assume the quality of mist and dissipate. The lyrics are apropos to the pandemic of 2020 when a virus- with the name previously only associated with a Mexican beer-sent the world scurrying for cover.

Life as we knew it ground to a standstill: governments across the globe ordered everything deemed not essential to shutter with the result cities transformed to ghost -towns, and even the most gregarious people transformed to Harper Lee’s Boo Radley. A white paper good, associated with a classic scene in Seinfeld with the tag-line, “Not a square to spare,” became the most sought after commodity.

When I gave a woman oranges from my tree, the next morning, in a plastic bag, were three rolls of the white stuff on my doorstep.

The announcement of school closure led my students to yell at such a high decibel I feared for my hearing; in contrast, their parents’-saddled with the prospect of 24/7 lock-down with their teens- faces assumed the expression of Edvard Munch’s figure in The Scream. Pandemonium echoed from every sector, especially the financial one.

Similar to the Great Depression of the 1930s, workers became dispensable, impotent to pay the bills that arrived with the regularity of a metronome. They filed for a record number of unemployment insurance, taxing an economy already bowed and bloody.

On par with the monetary house of cards was the social toll; homes became the 1950s equivalent of fall-out shelters. While those with agoraphobia welcomed isolation, most felt the lack of human interaction akin to being buried alive. The poet John Done understood the thread that binds members of a community when he wrote, “No man is an island.”

Prisoners prefer incarceration with society’s most brutal rather than face the prospect of solitary confinement, a ward where madness hovers. As a result of loneliness, the sale of alcohol and opioids spiked, as did the rate of suicide.

On Facebook, posts concerned the use of voodoo dolls bearing the likeness of tiresome family members; wives wrote about holes they were digging in the garden, not ones allotted for flower-beds.

Paul McCartney wrote in times of trouble Mother Mary came to him; alas, during the pandemic, opportunists emerged from under their respective rocks. After the Civil War carpet-baggers arrived from the North to exploit the war-torn South; their progeny are out today in full force.

My mailbox delivers daily scams: emails warning of compromised Paypal, Amazon, Hotmail, and Apple accounts, asking for personal information to rectify the situation. Fortunately, I am savvy enough-(due to prior experience,) not to fall for these unscrupulous tactics.

However, blush, I did become a near victim of the Corona Virus 19 netherworld.

Concurrent with the announcement my school district, (I teach in close proximity to the San Diego/Tijuana border) was transitioning to long distance learning, my Cox Cable became as elusive as my former boyfriends: here one day, AWOL the next.

I went into full blown panic mode: how could I work without Internet connectivity? Cox Cable was on speed dial; however, despite my thrice daily despairing calls, they were unable to help. To compound the problem, other providers were not zoned for my area.

Desperately seeking a solution, I contacted “The Geek Squad.” The technician informed me that the problem was Syrian and Russian hackers had control of my network; the only solution was to install a firewall, something they were willing to do for $400.00.

I was in the process of typing in my credit card information when the Internet went out. As it transpired, “the technician” was operating a scam. My husband gave me The Look when he heard I had almost helped the economy of India. Had it not been for the fact my job brings in the health insurance, he would have taken over the backyard digging.

Janus, a two-headed Roman god whose depiction showed two profiles, an analogy for society: on one side the beasts-of-prey, on the other, those with arms outstretched. My neighbor allowed me to use his computer for the duration of the pandemic, tech-savvy teachers brought me up to snuff on how to transition to distance learning, Facebook strangers became cyber-friends.

Students also showed their softer side: Autumn, a junior in my English class, wrote, “I regret saying I wanna go home during school. I don’t wanna be home, I wanna go back to school ms. Wagman i’m going crazy.’” To compensate for the evil was the good. Pandemics, like other tragedies, shines the spotlight on the soul.

A source of succor during these dark days was Still I Rise: The Persistence of Phenomenal Women.

The message of my book is to showcase women who had undergone a tsunami of trouble; however, they not only endured, they prevailed.

One of the chapters profiled Tammy Duckworth who rose above childhood poverty, racism, and sexism, as well as the amputation of both legs. Despite the heavy cross she bore, Tammy became Senator Duckworth, the first disabled female veteran, and the first female Asian American woman to serve in the House of Representatives.

Who could have survived the horror that Michelle Knight overcame? Ariel Castro kidnapped her and enslaved her in his house of horrors for eleven years where she endured endless rapes, five miscarriages, and starvation. Post freedom, refusing to view herself as victim, she declared, “Life is tough, but I’m tougher.”

An analogy for Maya Angelou’s life is the inflated punching bag; no matter how many times one knocks it down, ultimately it remains upright. The message of Angelou’s famous poem is an anthem for a world shadowed by a pandemic, “Still, like dust, I’ll rise.”