If one were to name a Supreme Court ruling, chances are the answer would be Roe v. Wade. However, if questioned as to the identity of the anonymous plaintiff, many would draw a blank. The flesh-and-blood Roe was as complicated as her judicial namesake.

The woman in the eye of the storm of the abortion controversy was Norma-though her life was far from normal-Nelson, brought up on the wrong side of the Texas tracks. Mother dearest, who she described as, “My mom, she was a two-faced bitch,” was an abusive alcoholic whose marriage to husband Olin ended in divorce. While Mildred raised her daughter as a Jehovah Witness, Norma raised hell. At age ten, she ended up in a reform school for juvenile delinquents for robbing a local gas station, as well as for kissing a girl. She recalled the time in the state institution as the best years of her childhood. Norma left school in the ninth grade, and at age sixteen married Woody McCorvey, a customer at the restaurant where she worked as a roller-waitress. After announcing she was pregnant, Woody, assuming infidelity, “hit me, from the kitchenette into the dining room.” Mildred secured parental rights to Melissa, her granddaughter, because of Norma’s lesbian leanings. Emotionally adrift, Norma turned to alcohol, sex, and drugs. A second pregnancy ended in a 1967 adoption, though it was her third that led to her rendezvous with history. 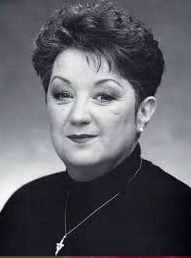 Sarah Weddington and Linda Coffee, two lawyers in search of a plaintiff, met McCorvey at Colombo, a Dallas pizza parlor: their goal was to change the law of the land. Roe served as McCorvey’s pseudonym to protect her privacy; Wade was the Dallas County district attorney, renowned as the DA in charge of the case against Jack Ruby. Norma, who ironically never had an abortion, learned of the high bench’s decision from the newspaper. In the ensuing years, images from both sides of the debate proliferated: of posters displaying mangled fetuses, of a woman standing outside the White House with a message to her current executive-in-chief: Bush Get Out of Mine. The pro- choice movement embodied the slogan, “It’s time for the rosaries to get off our ovaries.”

Lost in the firestorm was Norma who had moved in with her long-time lover, Connie Gonzalez. After coming out with her sexual orientation, she outed herself as the woman behind the historic ruling. McCorvey reveled in the media blitz led by Gloria Allred. Norma became the centerpiece of a Washington abortion rights rally that included 300,000 protestors, shared a platform with Gloria Steinem, Jane Fonda, and Glenn Close. She was also the target of egg-throwing strangers who spat on her, opponents who shrieked “baby-killer!” One night, shotgun blasts shattered the windows of her home. Bullets riddled her blue car-that she called the Roe-mobile. Mildred’s take on her daughter, “She was a die-hard whore.”

The poster woman for abortion jumped ship after the pro-life group, Operation Rescue, recruited Norma to their cause. The Reverend Phillip Benham, in a televised appearance, baptized her in a swimming pool wherein she became a born-again Christian. Norma testified before the Senate, “I am dedicated to spending the rest of my life undoing the law that bears my name.” Allred declared of McCorvey’s conversion, “It was a career move.” Ms. McCovey later converted to Roman Catholicism that entailed renouncing her lesbianism, a move her lover Connie did not appreciate. McCorvey’s life was a constant tug of war: between attraction to men and women, converting from born-again Christianity to Roman Catholicism, switching from pro-choice to pro-life. Her er encapsulated biography could be described as Roe v. Roe.