A time-honored rite of childhood is the nursery rhymes we remember no matter how much time goes by. Surprisingly, the historical references behind the ditties contain veiled references to murder and mayhem. Mary Shelley, Edgar Allan Poe, and Stephen King met their match in these medieval tales. And what is with all that falling? Jack and Jill break their heads in their descent down the hill; Humpty Dumpty is cracked beyond repair from his tumble from the wall; everyone collapses at the end of Ring-Around-the-Rosie. Nursery rhymes served as a coded means of social protest in an era when speaking your mind would cost you your head.

There was something about Mary- as in “Mary Mary Quite Contrary-” that left a legacy regarding the Tudor queen’s tyranny. The rhyme that referenced her evokes a scene of pastoral tranquility; however, the serpent in the garden was her penchant of eliminating her enemies. Mary was the daughter of King Henry VIII and his Spanish wife, Katherine of Aragon. England had embraced Roman Catholicism until King Henry replaced his menopausal wife with a fertile one who could birth the desperately desired male heir. As Pope Clement VII did not agree to a divorce, Henry converted his country to Protestantism. Henry did not concern himself that Mary would be rendered illegitimate, that she would be transformed from a pampered princess to a social pariah, that a hated stepmother, Anne Boleyn, would replace her own. 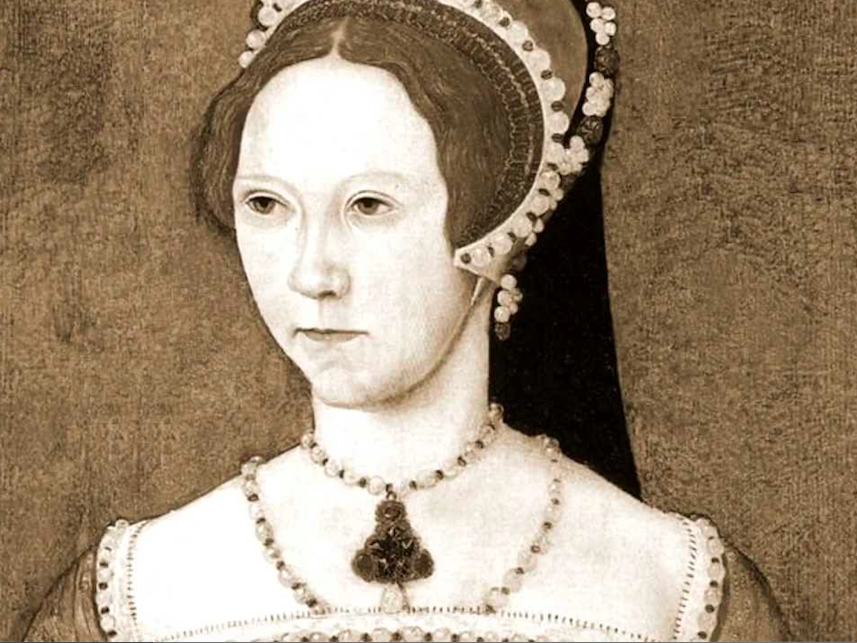 Upon the death of her half-brother, Mary became the first queen to rule on her own, and her first order of business was to make England once again adopt “the one true faith,” a decion that branded her as contrary. For those unwilling to comply, the queen employed “silver bells and cockleshells,” medieval instruments of torture. The former crushed a prisoner’s thumbs; the latter were applied to a victims’ genitals.

If torture failed as a mean of persuasion, Mary resorted to “pretty maidens all in a row.” The maiden’s formal name was the Halifax Gibbet, the British version of the French guillotine. Often, to dispatch heads in a more expedient fashion, more than one instrument of death operated at the same time. An early victim was the Queen’s cousin Lady Jane Gray, who had ruled England for only nine days.

Another form of execution was burning at the stake, the English variation of the Spanish Inquisition. Palace guards coated some of the victims’ heads with tar to increase their agony. Perotine Massey, from Guernsey, gave birth as the flames circled her ankles. A bystander rescued the newborn whereupon a sheriff threw the infant back into the bonfire. The nursery rhyme asked, “How does your garden grow?” Garden was a euphemism for cemetery, and it grew to include 300 who had perished at the hand of Queen Mary.

A secondary nursey rhyme that savaged Queen Mary was “Three Blind Mice.” The rodents were three clergymen who Mary “cut off their tales with a carving knife;” their blindness referred to their presumed guilt at not recognizing Catholicism as the law of the land. One of the trio was the Archbishop of Canterbury who Mary especially despised as he had sanctioned her father’s divorce.

Queen Mary’s later life continued the misery of her youth. King Philip II of Spain was her husband in name only, and her pregnancies were hysterical ones. She died an embittered lonely woman at age forty-six. Her half-sister, Queen Elizabeth I, ensured that their country remain Protestant.

Perhaps the royal who history remembers as “Bloody Mary” was Lewis Carol’s the Red Queen who was wont to shout, “Off with their heads!”