We are aware that Mary had a lamb, but the identity of the little lady is far more elusive. Mary Elizabeth Sawyer, later Tyler, was born in 1806 on a farm in Sterling, Massachusetts. At age nine, Mary was helping her father with chores when they discovered an abandoned sickly lamb. Although Mr. Sawyer did not hold out much hope for the animal’s survival, he allowed his daughter to bring it into their home where she nursed it back to health. Mary later wrote, “In the morning, much to my girlish delight, it soon learned to drink milk and from the time it could walk about, it would follow me anywhere.”

One morning, as Mary and her brother Nat were walking to their one-room Redstone School, they realized her lamb was trailing them. Nat thought it would be a fun prank to smuggle the lamb into their school, and Mary hid her under her desk, covered by a shawl. The gig was up when their teacher, Polly Kimball, called her to recite her lesson in the front of the room. Miss Kimball, not a fan of the new addition, told her to take the animal outside, and Mary took her back to the farm during the lunch hour. John Roulstone, who was present at the school that day, composed a light-hearted poem about the event.

The incident would have ended there had it not been for Sarah Josepha Hale who had convinced President Abraham Lincoln to institute a national day of Thanksgiving in order to bring about a bond between the North and the South, embroiled in the Civil War. In her book, Poems for Our Children, she included Roulstone’s original verse, and included her own stanzas at the end. Her moralistic message was the importance of kindness.

Henry Ford, who revolutionized the auto industry, was so taken by the poem that he purchased the Redstone School House and relocated it to the property of the poet Henry Longfellow’s Wayside Inn in Sudbury, Massachusetts. The poem had also made an impact on the inventor Thomas Edison; the first words he recorded on his invention, the phonograph, was from her verse. Later in life, Mary used the poem’s popularity in order to raise funds to restore the historic Old South Meeting House in Boston. Mary donated the stocking that her mother had knit for her when she was a child from her pet lamb’s wool. She unraveled the socks and attached the threads to a card with the message, “Knitted wool from the first fleece of Mary’s Little Lamb.” 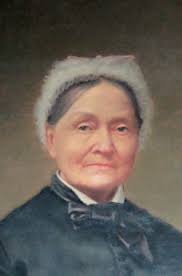 The dark side of the poem was a series of events: one of the Sawyer’s cows gored the lamb to death; John passed away from tuberculosis in his freshman year at Harvard, arsonists destroyed Mary’s historic home in 2007.

To commemorate their famous daughter, Sterling residents erected a two-foot tall statue of a lamb in the town center, on its base the famous rhyme. Perhaps the reason the poem has withstood the test of time is its Christian allusions: Mary as the mother of Jesus, the lamb as Christ, the message one of unconditional love. When the children asked why the lamb was so devoted, the teacher had replied it was because “Mary loves the lamb.”