Shoppers drawn to the frozen yogurt section of the supermarket choose Dannon yogurt, unaware the product bears the childhood nickname of its founder.

In a 1993 episode of Seinfeld, Elaine and Jerry, after packing on pounds, realize that the fat-free yogurt they have been scarfing contained copious calories. The show would not have been possible without the entrepreneur who made yogurt into a world-wide dietary staple.

Generations of schoolchildren recited the lines, “In 1492, Columbus sailed the ocean blue.” What they did not learn was the Spanish queen and king who had organized Columbus’ expedition had also expelled their country’s Jews. The Carasso family settled in Thessalonika, Greece, until 1916 when Isaac decided to return to his ancestral homeland. He stopped over in Switzerland in the hope his wife would recover from tuberculosis. During her convalescence, Isaac encountered a Bulgarian immigrant who shared his plan to produce yogurt from high-quality Swiss milk, and the men formed a brief partnership.

In Barcelona, Isaac noticed the local children suffered from malnutrition and intestinal disorders, a result of food shortages during World War I. The realization led to his interest in the works of the Russian Nobel Prize microbiologist, Ilya Mechnikov, who theorized life could be prolonged by lactic-acid bacilli, present in yogurt.  Using cultures produced by the Parisienne Pasteur Institute, Isaac founded Danone, named after the Catalan diminutive of his only son: “little Daniel.” Isaac placed his product in porcelain pots and hand- delivered them to pharmacies who sold them as a health supplement.

Two decades later, Daniel departed for France where studied business in Marseilles and bacteriology at the Pasteur Institute. In Paris, Daniel took a leap of faith when he launched Dannone, using the same name as his father’s informal company. His hope was France would take a chance on an unknown food, manufactured by a foreign national. While yogurt was a common food in Greece, Central Asia, and the Middle East, it was unknown in other countries. In the 1500s, the Turkish Sultan Suleiman the Magnificent had sent a batch to the court of Francis I; it had failed to find favor. Although Daniel had launched Danone at the onset of the Great Depression, business flourished. However, when the Spanish Consulate in Paris informed him they could no longer guarantee his safety from Nazis persecution, Daniel, along with his wife, Nina, traded the Old World for the new.

In the Bronx, Daniel changed the spelling of Dannone to Dannon. When sales proved sluggish, in 1947 he introduced “Fruit on the Bottom” that turned an obscure ethnic food into an American staple. Another move of marketing acumen occurred in the 1970s with a thirty-second television commercial. In the segment, Tabaghua, an eighty-nine-year-old resident of the Soviet Caucasus, dug into a container of Dannon, and claimed because of it villagers lived past 100. His 114-year-old mother nodded her agreement. 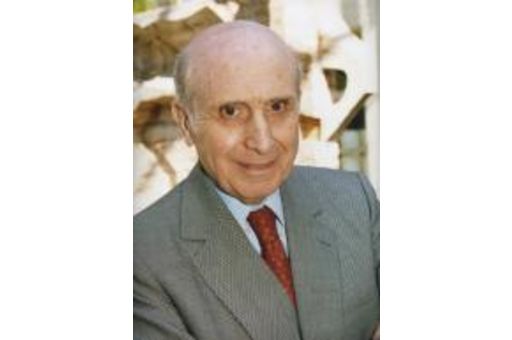 Competitors such as Chobaini muscled into yogurt turf. In a 2016 commercial, a Chobani commercial featured a young woman, sitting poolside, throw her container of Dannon into the trashcan. In the background a narrator claimed that Dannon consisted of artificial sweeteners found in chlorine. While in the Seinfeld segment, the frozen yogurt store’s son told Jerry, “Thank you for ruining my dad’s business, you fat f***,” Dannon proved victorious.

Tabaghua’s proved prescient as Daniel lived until age 103 when he passed away in Paris. His multi-billion—dollar success is illustrated in the Seinfeld when Newman said of his ‘fat-free’ yogurt, “I’ve been waiting for something like this my whole life!”