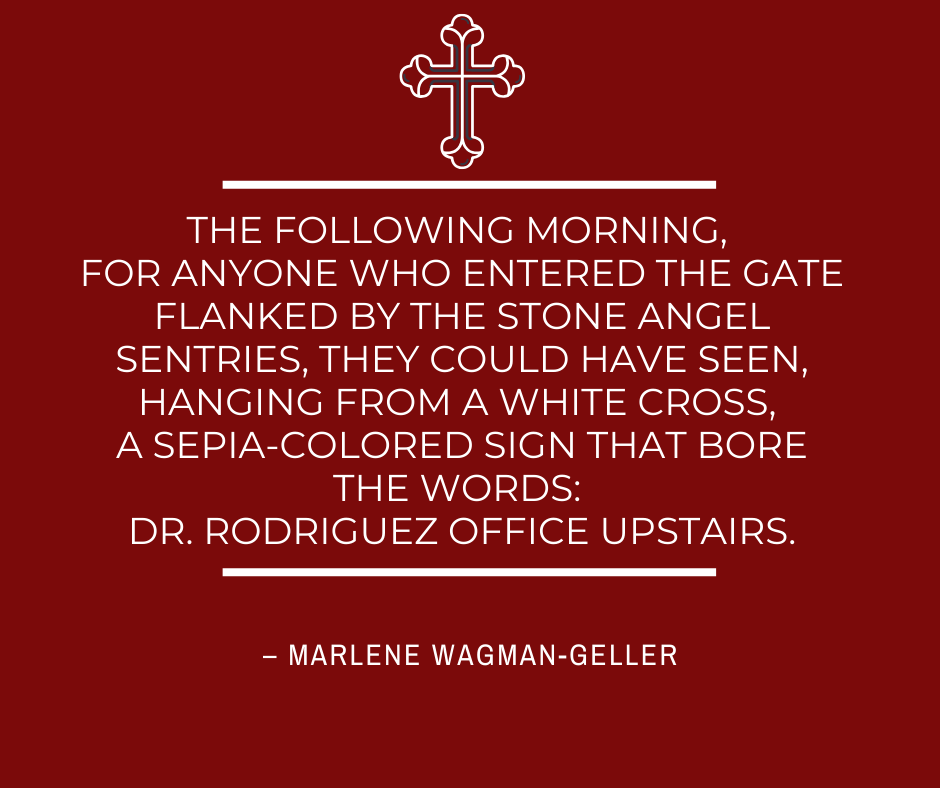 Chiapas was indistinguishable from any other hard-scrabble Mexican town: emaciated dogs wandered dirt roads, women peddled home-spun wares, men with leathery faces sat under the shade of a tree, hope for the future long absent. The sun was a remorseless eye that withered crops, flowers, dreams.

In the center of Chiapas stood the spiritual center of the town, a white church with stained glass windows depicting saints in the pose of their respective martyrdoms. The villagers were more than the sum of diverse individuals; they gathered together for one another’s milestones: quinceaneras, weddings, funerals. A few feet to the left was a raised wooden platform that served as an open-air market where peddlers hawked food, sombreros, serapes.

An annual tradition for parents was to visit the vendor who sold piñatas for birthday parties: brightly colored donkeys, yellow and red parrots, lime green cactuses that swayed on a string, seeming airborne in the breeze. The paper Mache figures served as a metaphor for the poor: life remorselessly hit them with sticks until they hung by a thread from a tree. The last building on the street was the only two-story structure: an antique bell signified the first floor served as a school; a sepia-colored sign indicated a doctor’s office was upstairs.

Roberto Rodriguez had graduated from medical school in the capital and arrived in Chiapas three decades ago, armed with his newly minted diploma and his new wife. Although a fellow physician had offered him an office in a high-rise building that would have led to an affluent lifestyle, Roberto had turned down the offer. He had miraculously risen from a poverty-stricken neighborhood and wanted to assist a community that did not have access to medical care. Fault lines erupted in his marriage: Mrs. Rodriguez craved life in a cosmopolitan locale, to dress in courtier clothes, to sport diamonds that would arouse envy. When she left, part of Roberto’s heart went with her.

In Chiapas, there was no “still of the night:” the nocturnal sounds were of drunken brawls, gun-shot retorts over drug deals, the raucous laughter of bored teenagers. However, one night, a scream dominated, a shrill cry that put an end to any Chiapas midsummer night dreams.

In a home with a yard that bore a jumble of toys, Dolores Salazar was straining to give birth; her husband, who had assisted with her three other deliveries, knew his wife and unborn child were in danger. Without comforting his two sons who cowered in a corner, Miguel broke into a run until he arrived at the second story office.  Out of breath and panic stricken, he managed to entreat the doctor-whose eyes were bleary from interrupted sleep-to save his wife. The physician, who knew he would only be paid in gratitude, grabbed his black bag. Fourteen torturous hours later, Tania arrived. As the youngest and only daughter, who almost did not survive birth, was the proverbial apple of her parents’ eyes.

The following year, while treating dysentery in a Chiapas orphanage, Dr. Rodriguez succumbed to the disease. In homage, the townspeople followed the horse-driven wagon that carried him to his final resting place. Two stone angels flanked the black, wrought iron gate of the cemetery, and the undertaker placed a white cross over his grave. The villagers, who did not know any of the deceased’s relatives, wrote his name and the date, 1973, the year of his passing, on the cross.

Following the funeral, elaborate plans were made to erect a proper monument to the one who had selflessly dedicated his years to his adopted community, the man who had given so much, who had asked so little in return. The community leaders suggested using money from taxes, the women planned bake sales, the priest pledged to syphon off a portion of alms. Ultimately, their good intentions evaporated; they abandoned the project.

However, Miguel could not forget the physician who had saved the lives of his wife and daughter, who had ensured his sons did not grow up without their mother. In despair, his shoulders slumped in defeat; after all, what could a poor farmer do to provide a fitting tribute? Miguel entered the church and prayed.

The following morning, for anyone who entered the gate flanked by the stone angel sentries, they could have seen, hanging from a white cross, a sepia-colored sign that bore the words: Dr. Rodriguez Office Upstairs.