The Red Queen cried out, “Off with their heads!” The Instrument of decollation (decapitations) has gone by various names: in Scotland-the Maiden, in England-the Halifax Gibbet. The Nazis bore it a special fondness. Ironically, the guillotine received its name after the anti-capital punishment physician and ex-Jesuit, Dr. Joseph-Ignace Guillotin.

In Paris, guillotine chic is big business and vendors sell the object of grim glamor as knickknacks, earrings, and necklaces. Although associated with France, the country was not responsible for the invention of the execution device. The Francophile connection began in 1738 when Catherine, walking along a street in Seines, was so traumatized by the screams of a convict being executed on the breaking wheel, she went into premature labor. Her son, Joseph, worked briefly as a literature professor at the University of Bordeaux, before studying medicine. His cause de celebre was terminating the death penalty. Failing to sway public opinion, Joseph wanted execution to be as painless as possible. Addressing the National Assembly, he suggested a falling blade, “Now with my machine I take off your head in the twinkling of an eye, and you never feel it.”  His idea also advocated that aristocrats and peasants die by the same method. At the time, only the country’s nobility was beheaded by sword; common criminals died on the gallows or the breaking wheel. 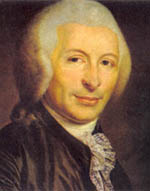 Although Joseph had advocated for a bladed instrument, Antoine Louis, a professor of physiology, created the design; initially, the contraption bore the nicknames “Louison” and the “Louisette.” To Joseph’s great ire, its ultimate name was his own. Ironically, King Louis legalized the guillotine never realizing he would become its celebrated victim.

The machine received its first workout in Paris, in 1792, with the beheading of highwayman, Nicholas Jacques Pelletier. A huge crowd gathered in the Place de l’Hôtel de Ville to witness the “national razor.” They mob complained that the spectacle that involved a thirty-pound blade was over too quickly and demanded the return of the gallows.

Joseph’s brainchild gained its bloody reputation in the ten months of “la Terreur” when Madame Guillotine feasted on thousands, with victims ranging from age fourteen to age ninety-two. The most famous of those who lost their lives was Marie Antoinette, executed under the name, the Widow Capet. Her husband, King Louis XVI, who perished under the name Citizen Louis Capet, had preceded her to the block, the only French monarch to meet such a death. His executioner, Charles-Henri Sanson, held his severed head aloft to the 20,000 witnesses who roared their blood-thirsty approval. The final use of the guillotine occurred in Marseilles, in 1972, with the beheading of the Tunisian-born Hamida Djandoubi’s in Baumettes Prison that bestowed on him the dubious distinction as the last person executed in Western Europe.

At the time of Joseph-Ignace’s 1814 death, his family was lobbying the French government to change the name of the guillotine. After the denial of their request, the Guillotins adopted a different surname. At his funeral, Dr. Edme-Claude Bourru, delivered the eulogy, “How true it is that it is difficult to benefit mankind without some unpleasantness resulting for oneself.”

A century after the Reign of Terror, the British writer, Charles Dickens, popularized the guillotine in his novel, A Tale of Two Cities. Sydney Carton sacrificed his life so that Lucie Manette could marry Charles Darnay. As Sydney climbed the steps of the scaffold, his final words were an ode to love in a time of hate, “It is a far, far better thing that I do, than I have ever done; it is a far, far better rest that I go to, than I have ever known.”