In 2021, Elon Musk, the billionaire head of Tesla, revealed that he had Asperger’s syndrome. He is not alone: Scottish singing sensation, Susan Boyle belted out, “I Dreamed a Dream” and endured the nickname Simple Susan, inventor Thomas Edison, obsessed with the Morse Code, called his children Dot and Dash, Microsoft founder Bill Gates knew every car in his company’s parking-lot by its numberplate.

The medical community revered Dr. Hans Asperger as a pioneer in the field of childhood psychological disorders which is why British psychiatrist Lorna Wing immortalized his name to describe those on the high-functioning end of the autism spectrum. 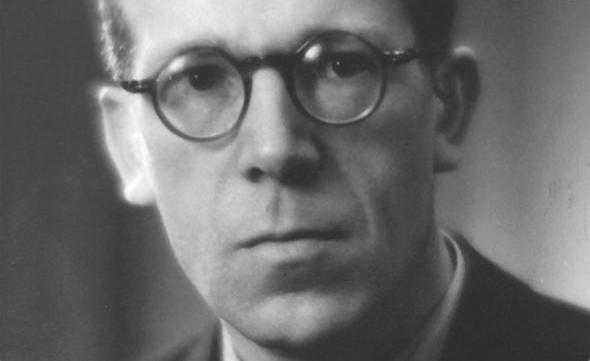 Hans first became involved with the Nazi version of medicine when he travelled from his native Vienna to Germany at age twenty-eight. His colleagues were involved in treating children who did not fit into the norm, such as a refusal to join the Hitler Youth. After the Anschluss-the Nazi occupation of Austria- in a bid to become a professor, Hans marched to the step of party propaganda. He wrote that those with mental disorders would “roam the streets as adults, grotesque and dilapidated-” a lethal prescription in The Third Reich. The doctor lectured on race hygiene, and he concluded his reports with: “Heil Hitler.” He rose in the hospital hierarchy due to the support of Franz Hamburger, the director of the University of Vienna children’s hospital, who zealously dismissed its Jewish doctors. Despite his staunch Roman Catholicism, Hans worked with the leading figures in Vienna’s euthanasia program, including the director of Am Spiegelgrund, Erwin Jekelius, who was engaged to Hitler’s sister Paula. Hans created a list-the antithesis of Schindler’s-of thirty-five children he recommended to Am Spiegelgrund where they met death through starvation, drugs or gas. The Nazi goal was exemplified in the term, “Lebensunwertes Leben,” “life unworthy of life.”  Only those who contributed to the “volk” “German people” were deemed desirable. Ironically, people viewed Hans as “socially awkward, cool and distant,” traits that, along with his lack of empathy to his patients, begs the question of whether he did not suffer from the same syndrome that would one day bear his name.

As Hans had never joined the Nazi party, after the Nazi defeat, he evaded justice, and went on to become the chair of pediatrics at the University of Vienna, a position he held for thirty years by which he supported his wife and five children. He painted himself as an enemy of the Third Reich, a fierce proponent of his patients. Nevertheless, his allegiance to his old role was made manifest in 1977 when he stated t hat Hamburger “was a teacher of great charisma. Most of what I learned from him still holds.”

The perspective of Hans as the patron saint of Asperger’s ended in 2016 with the publication of In a Different Key that referenced work by the Austrian scholar Herwig Czech who had discovered documents in Vienna’s municipal archives that stripped the gloss from the doctor’s sterling reputation. His 1980 passing meant Hans never had to face public and legal condemnation for his role as the children’s Dr. Mengele.

The Nazi physician, who turned his back on his Hippocratic Oath, prevented children from dreaming their dream. An over-riding question is how a devout Catholic, a doctor entrusted with preserving life, could have sent children to a state-sponsored killing center. In order to answer that question, one would need the wisdom of Forrest.