We have all had to come up with names-for children, pets, toys. No christening, however, had the impact of the occasion a general christened his plane after his mother, Enola Gay Haggard Tibbetts.

Mary and Alfred Haggard, immigrants from Holland, shared their Glidden, Iowa, farmhouse with their children Oscar, Mabel, LeRoy, Leon, and Enola Gay. Alfred had named the red-haired Enola, born in 1890, after a character from the novel, Enola: Or Her Fatal Mistake, that he had read during his wife’s pregnancy. In 1913, Enola married Paul Warfield Tibbetts and moved with him to Quincy, Illinois, with whom she had children Paul Warfield Jr. and Barbara. After a bitter winter, her husband visited his mother in Miami and decided to move to the sunshine state. 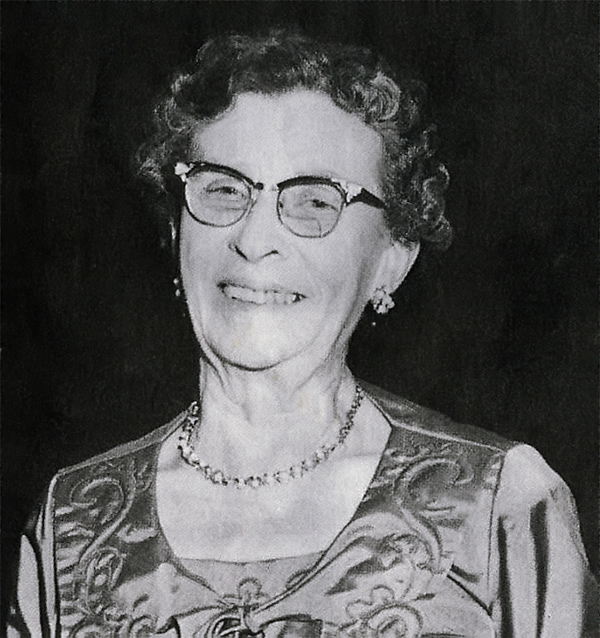 The twelve-year-old Paul took his first airplane ride when he had the promotional task of throwing the newly minted Babe Ruth chocolate bars, attached to parachutes, over the Hialeah Park Racetrack and Miami Beach. Under parental pressure, Paul attended medical school, but dropped out as his aspiration was aviation. His father thought he was nuts while Enola put her arm on his shoulder and said, “I know you will be all right.” The dedication in his 1978 biography stated, “To the memory of my mother, Enola Gay Tibbets, whose quiet faith gave me courage in many trying moments of combat.” At Fort Benning, Paul met Lucy Wingate, who he married in a Catholic ceremony. They became parents of Paul Tibbets III and Gene.

In 1937, Paul joined the Army Air Force, and in World War II flew missions over Hitler-held Europe and Algeria. When he returned to the States, Enola helped him regain the thirty-seven pounds he had lost with her cream pies. Due to his prowess as a pilot and his sterling reputation, the military chose the twenty-nine-year-old to participate in the Manhattan Project’s top-secret mission: to drop the atom bomb, developed at a cost of two billion. In case of capture, he and his eleven crew members were provided cyanide tablets. To train for denotating Little Boy, the nickname of the atom bomb, Paul left for the Utah military base, Wendover, where his sixteen-hour workdays put a strain on his marriage. A bright note was Enola had agreed to visit for Gene’s first birthday. Since she had never made the trip by air, Paul arranged to transport her by plane where she sat beside him in the cockpit. He also flew her back to Florida where they experienced a display of St. Elmo’s fire. She enjoyed every minute.

Before take-off from Tinian Island in the Pacific, Paul felt that, considering the historical importance of the mission, he did not want an unnamed B-29 to only display the number 82. He directed that the name ENOLA GAY be emblazoned on the left side of the nose beneath the cockpit. Little Boy exploded with an inner temperature of one hundred million degrees Fahrenheit that covered the sky in a poisonous mushroom-shape. An estimated 80,000 people died on impact, thousands more perished from radiation. The scene was reminiscent of the line “Hell is empty, and all the devils are here” in Shakespeare’s play The Tempest. Since 2003, the Enola Gay has been on display at the Smithsonian.

Post war, in Paris for his job in NATO, the divorced Paul met Andrea Quattrehomme who he married in 1956, with his parents in attendance. Ten years later, the Tibbets were visiting Andrea’s sister in Germany when they received word his mother had passed away. When Paul died at age ninety-one, he did not want the burial plot beside his mother as he feared his grave could become a place of protest. General Tibbets never wavered in defense of the morality of his mission, “I didn’t bomb Pearl Harbor. I didn’t start the war, but I was going to finish it.” In contrast, Dr. Robert Oppenheimer, the brains behind the bomb, revealed his guilt when he quoted from the Bhagavad-Gita, “I am become Death, the destroyer of worlds.”