The Bitter and the Sweet

“How far that little candle throws its beams! So shines a good deed in a weary world.”
– William Shakespeare The Merchant of Venice

Living under the reign of terror results in the milk of human kindness or acts of brutality. During the dark days of the Holocaust, some individuals sheltered their Jewish neighbors; others turned a blind eye to the hapless. History has enshrined the names of the Righteous of the era when mankind buried its humanity.  Raoul Wallenberg of Sweden saved the Jews of Hungary; Irene Sendler of Poland rescued children from the Warsaw Ghetto, Miep Gies of Holland helped the families hiding in the Secret Annex.  An unsung hero was a girl who, enmeshed in a spider’s web, proved that in an era where the norm was random acts of madness, there could still exist random acts of kindness.

In 1941, Francine Christophe was eight years old  when the French police arrested her, along with her mother, Hélène, and transported them to Drancy, the antechamber of Hell before their final destination to the concentration camps. Hélène wore a coat; on its exterior was a Star of David, in its pocket was two pieces of chocolate, earmarked for the moment her daughter was in dire need of sweetness.

In the barracks of Bergen-Belsen, lying on a filthy blanket infested with bugs, a prisoner went into labor. Due to extreme emaciation and baggy prison garb, her pregnancy had gone unnoticed, a fact that spared her life. Although in the vise of pain, the woman remained cognizant that her cries would be the end of the line for herself, for her child. At this juncture, Hélène removed the two pieces of chocolate and explained to Francine it was her gift. Before she handed it over, she told her,  “Giving birth here will be hard. She may die. If I give her the chocolate, it may help her.” Francine agreed. Thus the chocolate served as a metaphor of the bitter, the sweet, of life. 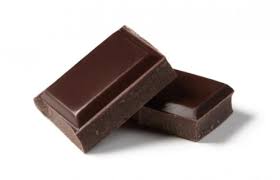 Decades later, at the urging of her daughter, the eighty-three-year-old Francine agreed to lecture on how the survivors had needed psychological counselling as much as they had required food and medical attention. She talked about the horrors of the camp, but she also spoke of how kindness existed, such as the occasion a gift had helped save someone undergoing labor in the bowel of Hell. At the conclusion of the presentation, a woman approached the lectern who explained she was a psychiatrist from Marseilles. Then she said she had something to give Francine. She handed her chocolate with the words, “I am the baby.”