A proverb states, “Mighty oaks from little acorns grow,” and this was the case with a hash- tag heard round the world. Its seed was planted on a fateful Florida night when an encounter led to the convergence of the Titanic and the iceberg.

Alicia Schwartz grew up in Marin County, daughter of an African-American mother and a Jewish stepfather. She showed an interest in activism in middle school when she worked to have information about contraception available to Bay Area schools. Her youthful aspiration was to be an architect; she liked the idea of “figuring out how to create something from nothing.” At age 23 Alicia told her parents she was queer; as an inter-racial, inter-religious couple they did not judge.  In 2003 she met Malachi Garza, a 24-yer-old trans male activist wo she married five years later.

Alicia was with her husband at an Oakland, California bar when a hot-button verdict came down: George Zimmerman was found not guilty in the shooting death of 17-year-old Trayvon Martin. The decision resonated as Garza’s brother was of similar height, build and Afro, and it could have been him-Skittles, not gun, in hand. President Obama echoed this sentiment, “That could’ve been my son.”

Alicia logged on to Facebook and wrote an impassioned online message, “essentially a love note to black people” and posted on her page. “I continue to be surprised at how little black lives matter.” She ended with the words, “Black people. I love you. Our lives matter.” Garza’s close friend, Patrisse Cullors, a community organizer for prison reform, read the post in a motel room 300 miles up Interstate 5. The friends had met in 2003 and had danced together till 4 A.M. They took to calling each other Twin as both were black, lesbian, Californian-born freedom-fighters. Another commonality was Patrisse would later marry a transgender partner. They shared the message using the hashtag #blacklivesmatter. Determined to transform words into action, they reached out to Opal Tometi, an activist in immigrants’ rights. The trio set up Tumblr and Twitter accounts and encouraged users to share stories of why #blacklivesmatter. A rallying cry was born.

The turning point in its transition from online post to 21st century force arrived the following summer, when police officer, Darren Wilson, shot and killed 18-year-old Michael Brown in Ferguson, Missouri. In protest marches hundreds chanted the words-believed to be Brown’s last ones, “Hands up, don’t shoot!” Watching the drama unfold on TV, Garza underwent déjà vu to the Treyvon slaying. Along with Cullors and Tometi, she organized a “freedom ride” to Ferguson under the auspices of the #blacklivesmatter campaign. More than 600 people signed up from 18 different cities across America. When they reached Ferguson, Alicia was astonished to see her own phrase mirrored back at her on posters, shouted by hundreds.

When a grand jury announced Wilson would face no indictment in Brown’s death, a group of protestors shouting “Black lives matter!” shut down a local shopping mall. After a spate of further deaths of unarmed black men, the phrase became ubiquitous, appearing on T-shirts, mugs, and badges. Hillary Clinton invoked it at a New York City human rights gala, and it was referenced in an episode of Law & Order. Over the next three weeks,  #BlackLivesMatter appeared on Twitter 12 million times, making it the third biggest “social hashtag” in the ten years of its online platform. The hashtag grew exponentially after the shooting of nine people in a church in Charleston by white supremist Dylan Roof. It carried chilling echoes of the 1963 bombing of the Baptist Church in Birmingham where racists murdered four black girls. Dr. King said they had been killed, “by monstrous men whose leaders fed them the stale bread of hatred and the spoiled meat of racism.” In reaction to Roof’s massacre, Bree Newsome climbed the flagpole outside the statehouse in Columbia, South Carolina and removed the Confederate flag. Her action was tweeted and retweeted under the famous hashtag. At a eulogy for the victims, President Obama paid tribute to black churches for being a place where children were “taught that they matter.”

There are now over 42 Black Lives Matter Global chapters across the United States with one in Toronto, Canada, with tens of thousands of supporters. Well-known advocates are Lady Gaga and Serena Williams who wrote, “To those of you involved in equity movements like Black Lives Matter I say this: Keep it up. Beyoncé brought the slogan into the nation’s living rooms with her Super Bowl halftime performance.

A heartfelt Facebook post spawned a wave of a new civil rights movement. It is exemplified by the action taken by Garza, fueled by grief and fury, by righteous rage against injustice and institutionalized racism. However, the organization is not your grandfather’s civil rights movement. Rather than led by the rhetoric of male activists-Dr. King, Malcolm X, Stokely Carmichael- females are in its forefront. In addition to protesting racism and unlawful killings, BLM groups have taken on sexism, homophobia, and transphobia. This[JL1]  is in keeping with Dr. King’s precept, “Injustice anywhere is a threat to justice everywhere.”

It is perhaps inevitable, as a movement gains in scope and visibility, a stumbling block appears. Alicia talks of how #blacklivesmatter has been appropriated by other, well-meaning groups who have tried to adapt the slogan to “All Lives Matter[JL2] .” Alicia’s response, “The reality, of course, is that they do, but we live in a world where some lives matter more than others. ‘All Lives Matter’ effectively neutralizes the fact that it’s black people who are fighting for their lives right now.” The movement is not asserting that their members’ lives are more precious than white lives. They are merely seeking to illustrate an indisputable fact-the lives of black citizens in America historically have not mattered, and have been discounted and devalued. The slogan is meant to illustrate the disparity that black people in America are nearly eight times more likely to die of homicide than white people. An analogy is one would not disparage a breast cancer campaign by arguing all cancers matter. Mark Zuckerberg, in regard to the video streamed live to Facebook of Philando Castile shot in his car by a police officer in St. Paul, Minnesota, girlfriend and her daughter inches away, erected a giant sign: “Black Lives Matter” in his Menlo Park headquarters. The tech titan reprimanded employees for repeatedly altering it to All Lives Matter. Ben & Jerry chimed in on this divisive topic with a letter to customers, “All lives do matter. But all lives will not matter until Black lives matter…we’ll be working hard on that, and ask you to as well.” In a Vanity Fair article L-Man S. Viney wrote, “Do all lives matter? Of course! But we will continue to say Black Lives Matter until African-Americans lives are given the same value as the lives of people from other countries, our police officers, your property, a lion named Cecil, and a gorilla named Harambe.”

The movement felt they had succeeded in arousing the consciousness of the country who had become sympathetic to its cause after years of highly publicized police shootings. The watershed moment occurred in Dallas when Micah Johnson intentionally murdered white police officers for what he felt was justifiable retribution. Immediately there was a backlash from those who demonized the BLM for inspiring his deadly attack.  In response the leaders of the movement put out formal statements that vehemently described the attacker as a lone gunman, unconnected to their cause. Consequently, the #blacklivesmatter was joined by #blue lives matter, rival reference to police officers. The BLM refused to pause their protests even though a negative spotlight was turned on their movement. 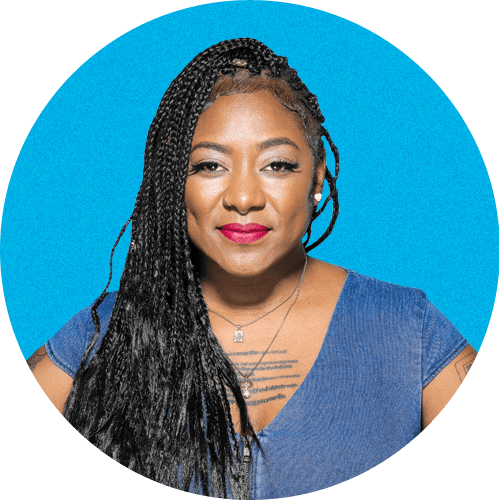 In Oakland, Alicia reflects on how much has happened since her original Facebook post, the hashtag that launched a thousand protests. She reflects progress has indeed been made, yet there is further terrain left to travel. The trio of Garza, Cullors, and Tometi are earning their place in history-notable, since too many black women have been little more than footnotes in civil rights textbooks. An eloquent tribute was penned by actress Uzo Aduba in Glamour Magazine, “The courage heard in their voices mirrors the size of some of history’s greatest giants; the sharp echoes of Rosa Parks, the custodian of dignity…The power of this lady-led legacy continue to ripple through today’s Black Lives Matter Movement in the form of a simple cry breathing out: Enough is enough.” In a sense Alicia has become an architect. Not by building a house, but by building a movement, born from a love letter.

The pain of African-Americans is encapsulated by a 1925 poem, “Incident” by Countee Cullen. It recounts the story of an 8-year-old tourist whose smile is returned with the word “Nigger.” It concluded, “I saw the whole of Baltimore/From May until December/Of all the things that happened there/That’s all that I remember.”