Oscar Wilde wrote, “I can believe anything provided it is incredible.” The man who dedicated his days to making the incredible credible was Leroy Robert Ripley who built an empire on people’s age-old urge to gawk.

The residents of Santa Barbara, California, where LeRoy Robert Ripley was born in 1890, agreed he was odd: there was the matter of his given name, buck teeth, debilitating shyness, and pronounced stammer. When Robert was fifteen, his father, a carpenter, passed away. To earn money, Robert obtained a job polishing gravestones in the local cemetery.

At age seventeen, Life magazine purchased one of Robert’s drawings for $8.00. Robert dropped out of high school and in 1912, applied for a position as a sports cartoonist for the New York Globe.  The editor offered him the post with the caveat that he drop the name LeRoy, “We don’t want any pansies around here.” One day, with no news to report, Robert composed a column of oddities that morphed into a weekly column: Believe It or Not! The cult of curiosities had begun. In 1919, Robert married Beatrice Carlisle, a teenaged Ziegfeld Follies girl; the marriage lasted less than a year. She divorced him on the grounds of cruelty. 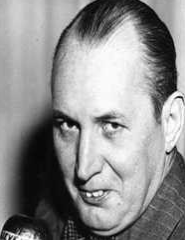 Three years later, Robert began his world travels when the newspaper sent him on an odyssey for the bizarre with the headline: “Ripley’s Rambles Round the World.” His publicist dubbed the journalist “the modern Marco Polo.” While in China, he signed his name: Rip Li. On his travels Robert met headhunters, cannibals, Bedouins, royalty and beggars. During the Depression, as the public sought affordable means of escape, Robert’s’ cartoons appeared in more than 300 newspapers around the world with an audience of millions. His salary burgeoned to $500.000 a year. With no dare he was unwilling to accept, Robert accompanied a snake handler into a rattlesnake pit. With his celebrity status, Robert rubbed elbows with the Marx Brothers, George Gershwin, and Fanny Brice. Newspaper readers voted Robert the most popular man in America, and a newspaper poll claimed Robert was more popular than President Franklin D. Roosevelt, and aviator hero Charles Lindberg.  So far-reaching was his clout that Robert inspired the speech-impaired Looney Tunes character Elmer Fudd. Based on his appeal, multi-millionaire media mogul, William Randolph Hearst, sent a telegram to one of his editors: “HIRE RIPLEY.”

In the 1940s, Robert, the owner of a Manhattan town house overlooking Central Park, and a hacienda in Florida, purchased a belief-it-or-not twenty-eight-room English-style manor mansion in Mamaroneck, New York, situated on a private island that Ripley christened BION, (an acronym for Believe It or Not,) that he filled with what he termed “queerosities:” the mummified feet of a Chinese woman, a chastity belt, and a collection of erotica. One exhibit was of a dried whale penis; when visitors questioned him about it, Robert would respond, “Let’s just say it was very dear to the whale.” Other residents of his estate were a bevy of live-in lovers from Hungary, Japan, England, Russia, and. Germany-his simultaneous mistresses. Guests were entertained with attractions such as Joe Laurello, who could turn his head all the way around. Nevertheless, of all the oddities, the most unusual was Mr. Ripley.

Having broken into newspapers, radio, and newsreels, in 1949 Robert launched a television series based on his column. In the same year, while filming a segment on the origin of “Taps,” a dirge played at military funerals, Robert fell unconscious and died a few days later. No doubt, he would have appreciated the irony. The real-life Indiana Jones’ epitaph could have been his quote, “Truth, you know, is really stranger than fiction.”