Adherents of the century-old Pilates fitness routine undergo its rigors to enhance what Mother Nature provided, to detract from what Father Time eroded.  But lost in the work-out is its high priest, Joseph Pilates, whose fitness empire originated from the convergence of a pandemic and a prison.

The man who encouraged the world to get physical-as in fit-was Joseph Hubertus Pilates, one of nine siblings, born in 1883, in Mönchengladbach, a village outside Düsseldorf, Germany. In contrast to his father, a Greek-born prize-wining gymnast, Joseph was a sickly child who suffered from rheumatic fever, rickets, and asthma. The local kids teased the sickly Joseph and called him Pontius-Pilate. A glass left eye was a souvenir from a stone flung by a local bully. 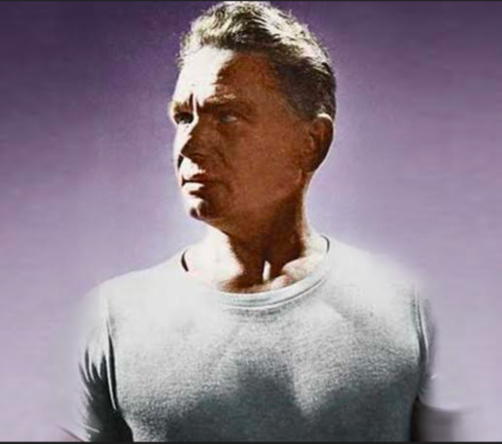 With age and exercise, Joseph’s health improved; by age fourteen he served as a model for anatomical charts. In 1912, Joseph left on a tour of England as a circus performer where he posed as a Greek statue. Scotland Yard hired him to teach self-defense to their police officers.

When World War I broke out, Britain interred German nationalists on Knockaloe Camp in the Isle of Man. Joseph, (Internee # 14001,) furnished with a captive audience, devised makeshift machines that he rigged to bedposts. His oft repeated remark was none of his patients became ill although the Spanish influenza claimed the lives of 50 million.

Upon his release, Joseph disembarked for Hamburg; however, when the army pressured him to train its soldiers, he set sail for America, leaving behind his second wife, Elfrida, (his first, Maria,) had passed away, and his two children. In 1926, Joseph boarded the SS Westaphlia where he met a nurse, Clara Zeuner; in Manhattan they founded the Joseph H. Pilates Universal Gymnasium where they taught classes in “Contrology.” In a nod to his middle name, Hubertus, Joseph’s studio was a shrine to hubris. The studio had floor-to-ceiling photographs that showcased Joseph wearing skintight shorts, and form-fitting t-shirts, an outfit he wore even while taking a winter stroll. The frames were lined up with precision, and in none of them is Joseph ever smiling. In a corner stood a two-foot bronze statue of the fitness guru-naked and anatomically detailed- in the pose of an ancient Greek discus thrower. The center was in proximity to a dance studio, and its members, such as George Balanchine and Martha Graham became devotees of its precepts. Due to Joseph’s prestigious sex drive, young dancers had to be vigilant. Others who took to the Pilates exercises was the violinist Yehudi Menuhin, Hollywood stars such as Katherine Hepburn, Sir Laurence Olivier, and Lauren Bacall. Throughout the sessions, Joseph would urge his clients to, “Breeze the air in; breeze the air out.” He demanded everyone take a shower after a workout, and he thought nothing of pulling aside shower curtains-for men and women- to make sure lathering was performed correctly. If anyone crossed his will, Joseph would fix his pale blue eyes on the offender and demand, “Get out.” An oft quoted Joseph remark was that his exercise routines were fifty years ahead of its time. Although Joseph was a workaholic, he found time for his hobbies: he smoked fifteen cigars a day, drank Scotch like milk, and stepped out on Clara, (with whom he might have lived in a common-law-marriage.) The only thing he felt was as important as Contrology was sex.

A century after Joseph opened his studio, Pilates is a billion-dollar fitness empire with millions of devotees. The fashionable workout draws well-heeled clients, clad in designer workout clothes, a far cry from the prisoners interred on the Isle of Man. A common thread of Joseph’s Contrology was a saying from ancient Greek, “Mens sana in corpore sano, “A sane mind in a sound body.”