Poet Ogden Nash wrote, “Candy is dandy/But liquor is quicker.” For those whose preference is sweets, a guilty pleasure might be satiated by a Mars Bar. While Seinfeld’s Mr. Pitt ate his chocolate bar with a knife and fork, and others scarf it down in one or two bites, neither manner of consumption would have been possible without candy king Forrest Mars, Sr.

McLean, Virginia, is the site of two secretive organizations. At one end of the town is the Central Intelligence Agency; at the other end is the headquarters of the Mars chocolate empire. So hush-hush is the building devoted to candy it is known as the Kremlin.

The Mars corporation began in 1911 in the one-bedroom apartment of Frank Mars, who made the candy his wife Ethel sold at a trolley station. When Frank and Ethel divorced when their only son, Forrest, was six, the child went to live with his maternal grandparents in Saskatchewan, Canada. After high school, Forrest won a scholarship to the University of California, Berkeley; in his summer worked as a salesman for Camel cigarettes. Overzealous, he plastered Camel posters all over town and landed in jail. His estranged father posted bail after seeing his son’s name in a newspaper, and Forrest ended up joining the family business. One afternoon, over malted milks at a five-and-dime store, Forrest suggested that Frank make a chocolate bar with a malted milk interior. Inspired by his celestial surname, Frank christened his creation the Milky Way, a runaway success followed by Snickers, (named after the family horse,) The Three Musketeers, (originally contained three flavors,) Twix, Snickers, Starbursts, Wrigley chewing-gum. 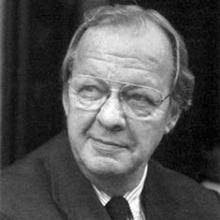 Although the business was flourishing, father and son had a falling out, and Forrest told Frank, “To stick his business up his ass.” Forrest departed for Europe with a $5,0000 pay-out. Along with his wife Audrey, Forrest moved to Switzerland where he worked for the Nestle family, before he settled in Slough, just outside London. There he created The Mars Bar that became a best-seller and made Forrest very, very rich. A demanding boss, employees worked fourteen hours a day. He hurtled boxes of chocolates across a room if a shipment of Mars bars lacked adequate caramel, and phoned executives in the middle of the night.

What Forest lacked in interpersonal skills, he made up in entrepreneurial brilliance: in 1942, he incorporated Uncle Ben’s rice. During World War II, Forrest returned to the United States where he unveiled M & M’s, (M after Mars, M after William Murrie, a business partner he bought-out.) The famous advertising slogan for the candy-coated sweet, “Melts in your mouth, not in your hands.” In 1964, Frank merged his company with Mars. Inc; at its first meeting, announcing he was a religious man, dropped to his knees, and intoned, “I pray for Milky Way; I pray for Snickers.” No one dared move. Rich and reclusive, people referred to Forrest as the Howard Hughes of candy. His secretive nature led other confectioners to snipe that Forrest made “bombs, not bonbons.”

In a rare marketing blunder, Forrest turned down Universal Studios who offered to have the alien, E. T., follow a trail of M & Ms. Instead, the extra-terrestrial became enamored of Hershey’s Reese’s Pieces whose sales tripled after the movie’s release.

Upon his passing in Miami at age ninety-five, the shares of Forrest’s empire went to his children: Jacqueline, Forrest Jr., and John. As members of the world’s wealthiest family, life must indeed be sweet-and secretive- on planet Mars.