Millions of visitors stroll through Paris’ Cimetière du Pére Lachaise, (Père Lachaise Cemetery,) to view the final resting place of history’s most distinguished. Lost in the extensive grounds is the memory of the man for whom the necropolis is named.

While priests are privy to heartfelt revelations, probably none could be as outrageous as those King Louis XIV shared with his father confessor, Père Lachaise. Some of the royal mea culpas: I have sired twenty-two children, legitimate and otherwise; I am a staunch supporter of slavery; I persecute Protestants.

Françoise d’Aix la Chaise was born in 1624 in the Château of Aix to a noble family.  He became a Jesuit priest and the ecclesiastic advisor to the crown in 1675, a position he held for thirty-four years. In tribute to his service, the king gifted François’ religious order an immense tract of property that they christened Mont-Louis. La Chaise passed away in 1709, thereby saving him from witnessing the expulsion of the Jesuits from France. Post revolution, the seventeen acres became public property. 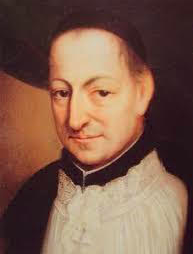 Ninety years after Francois’ passing, First Counsel Napoleon Bonaparte was concerned over the burgeoning population of the dead-compliments Madame Guillotine- as the Parisienne cemeteries could not accommodate the unburied corpses. Fearful of the spread of disease, it was decided to earmark the former 17th century retreat of the Jesuits as a new burial ground. Nicolas Frochot, Prefect of the Seine, named the cemetery Père Lachaise after the Sun God’s confessor. The cemetery’s first occupant was five-year-old Adelaide Paillard; however, as the site lay outside the city, in a working-class district, in its first year held only thirteen graves. To add cache to the cemetery, Napoleon arranged for celebrity reinterments: Henry III’s wife Louise de Lorraine, famed French writer, Molière, and legendary lovers Abelard and Heloise. Ever since, the lovelorn have left notes beside their stone effigies. Above the doomed couple is a canopy made from fragments from the abbey of Nogent-sur-Seine.

The public relations charm had the desired effect and Père Lachaise cemetery holds 70,000 tombs and approximately 1,000,000 bodies within its 106 acres. A magnet that draws millions of visitors are the famous denizens of the dead: Sarah Bernhardt, Colette, Edith Piaf, Honoré de Balzac, Marcel Proust, Victor Hugo, Isadora Duncan, Maria Callas, Gertrude Stein, as well as countless others whose names are writ large in history.

As well as being a graveyard, Père Lachase is an outdoor art gallery, filled with sculptures, and an elaborate garden with tree-lined cobbled pathways. There are also tributes to France’s fallen such as memorials to the French victims of the Holocaust. Moreover, many of the tombs have fascinating backstories. While Frédéric Chopin’s monument holds his body, his heart resides in the Holy Cross Church in Poland. Vandals smashed off the over-sized genitals of the stone angel guarding Oscar Wilde’s tomb, (rumor has it that the cemetery’s director used them as paperweights.) The most visited tomb is Jim Morrison’s; Doors- mania has led to his resting place scarred with graffiti; it was the venue of drug parties and trysts with prostitutes. The rock star’s headstone is inscribed with words in ancient Greece: KATA TON DAIMONA EAYTOY, (according to his own demon.)

At 6:00 P.M. officials lock the iron gates of the national necropolis, closing in the 3,000 cats that roam over ancient tombs. They quickly consume any madeleines left at the tomb of Marcel Proust. The title of his most famous novel can serve as the epitaph of Père Lachaise, A la Recherche du Temps Perdu, Remembrance of Things Past.