The traditional Disney princesses were similar to the modern Manhattanites in Sex and The City. They shared idealized appearances; their raison d’etre-romance that would segue to a happily ever after.  Carrie Bradshaw of SATC found her Prince Disarming in Mr. Big, a nickname viewers assumed alluded either to his male appendage or his bank account. The last episode in the series revealed Big’s actual name-John James Preston-a character based on man-about- town, Ron Galotti.

Candace Bushnell, an urban Margaret Mead, wrote about her night life in the Observer under the title, “Sex and the City,” that birthed the HBO classic. Her column chronicled her year long relationship with playboy publisher, Ron, of whom she described, “He was one of those New York guys with a big personality. I called him Mr. Big because he was like a big man on campus.” At an HBO party, Ron taught Chris Noth, his TV alter ego, how to say their trademark, “absofuckinglutely.” 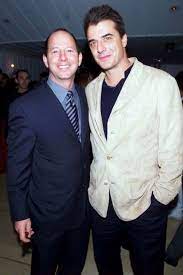 Ron grew up in Peekskill, Westchester, where he raised chickens. He recounted, “One chicken was born with a bent beak. In two minutes, the other chickens had pecked it to death. I learned right then you don’t want your beak to be bent.” His father died when he was nine leaving his wife to raise two children, (his sister had Down’s syndrome,) by managing the family’s liquor store. During the Vietnam War, the Air Force stationed Ron in the Philippines; he supplemented his income by loansharking and operating a brothel. His first marriage dissolved after his four-year-old son, Nicholas, died in a car accident.  His second twelve-year long marriage ended over his wife’s affair.

Si Newhouse, the powerhouse behind the Condé Nast empire, offered Ron a position that financed his $50,000 a year cigar habit. He served as editor for publications such as Mademoiselle, Vanity Fair, GQ, and Vogue. Armed with his megabuck income and prestigious position, Ron was often-to use a term coined in SATC-a “modelizer:’ a serial dater of models. One of these was Janice Dickinson, Sylvester Stallone’s ex. His boy-toy was his Ferraris, a fact he tried to slip into every conversation. New York Magazine described him as an Italian-Jewish version of Donald Trump. Ron joked, “The thing about being half-Italian and half-Jewish you don’t know whether to steal it or try to get it cheaper.” A less glamorous aspect of his job was to soothe Empire State size egos such as the occasion he flew to Milan to placate Giorgio Armani. Taking a tube of Chap Stick from his pocket, he stated, “I kiss so much ass I go through two of these a week.”

Carrie once said that Mr. Big could never leave New York because he was like the Chrysler Building that would be all wrong someplace else. However, his television counterpart did a Green Acres after Conde’ Nast fired him. Along with his wife, Lisa, and adopted daughter, Abigail, he traded his Central Park apartment for an 1847 Vermont farmhouse. In his new setting he would have no need for Chap Stick, no longer have to chase what he called “darag and jong” “power and money.” While Ron was settling in his rural digs. Salmon Rushdie married Padma Lakshmi in a Page Six worthy affair. In the words Carrie used to begin her column, “I couldn’t help but wonder…” a journalist asked Ron if he missed the days when he was Mr. Big of the Big Apple. His response showed Ron had gained an additional life-lesson beside that of the chicken with the bent beak “It’s all on loan.”