What is lime green and bubble-gum pink with a black interior? Hint: It has been a staple cosmetic for over a century. Women the world over own the iconic mascara; however, what is buried behind its brand name is a tapestry that involves money, murder, and mayhem.

The birth of a dynasty began in a rural community of Morganfield, Kentucky. Mabel Williams was melting sugar for frosting when a flame singed her eyelashes. That evening, she stared into the mirror at her face that she likened to the appearance of an unfinished mannequin. Mabel feared that no man would want her, and her mother would get her wish that she enter a convent. As Mabel’s Holy Grail was marriage and motherhood, she devised a concoction to repair the damage. Her nineteen-year-old brother, Tom, received a crash course in DIY cosmetics when he asked about the stench in her room, why she was holding a cork and matches. The explanation led to Tom Lyle’s eureka moment: there were Mabels all over the country wanting to enhance their looks but were without the benefit of a professional product. 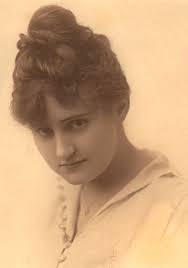 Tom borrowed $500.00 from his brother Noel and with the aid of a chemist, created a company that he named after his sister and the last syllable of Vaseline, his product’s chief ingredient: Maybelline. He decided to start his business in Chicago, where Maybel joined him as she had not managed to meet Mr. Right in Morganfield.

Overcoming societal condemnation of make-up as the tool for only actresses and “women outside the pale of good society,” as he put it, the business boomed and romance followed. In 1926, a thirty-four year old Mabel became a blushing bride-thanks to the family’s cosmetic-and wed Chet Hewes at a High Mass ceremony, followed by a luncheon in Tom Lyle’s luxurious penthouse. She had three children and cared for her father, Thomas Jefferson, TJ, after her mother’s passing from the Spanish flu. Tom Lyle found his life’s partner with Emery Shaver who shared his love of make-up and full length llama skin coats. Fearful his homosexuality would make him a target, Tom followed his brother Preston to California where he rented Clara Bow’s beach house.

In a brilliant move of marketing, Emery landed on what was then a novel idea: celebrity endorsement to push Maybelline. Some of the famed early actresses who appeared in its ads were Gloria Swanson, Joan Crawford, and Betty Grable amongst other stars in the Hollywood firmament. Another watershed moment occurred in the 1930s when Tom Lyle, who remembered the old hair dye used for men’s hair, Mascaro, coined the term mascara. Great Lash mascara-its pink and green inspired by Lillian Pulitzer colors became the Maybelline classic. On the fast track to becoming a multi-millionaire, Tom drove a custom designed Packard and also acquired the Villa Rudolph Valentino. The new owners planted a hundred palm trees to camouflage their unorthodox relationship. Devastated upon Emery’s death after a three decade relationship, Tom sold Maybelline to Plough Inc. for $132 million ($1 billion in today’s currency); L’Oréal subsequently acquired the brand for $660 million. Tom and Emery share a plot in Forest Lawn Memorial Park in the company of the stars. Preston’s ex-wife met her death through arson; her murderer poured gasoline through the halls of the home she had christened Maybelline Manor. Little could have the teenager from Kentucky have imagined that his creation would spawn a global conglomerate and a family dynamic of Shakespearean proportions. The Williams’ story provides the tapestry behind its most popular slogan, “Maybe she’s born with it. Maybe it’s Maybelline.”