If you gaze at the sky and see a flower in a glass house, you are familiar with the golden-haired boy who met a downed airman in the Sahara Desert. From his new friend, the pilot learns the essence of life, love, and friendship. What was lost in literary legend was the nonfictional identity of the Little Prince’s thorny rose.

In 1944, Antoine de Saint-Exupéry’s L P-38 plunged into the Mediterranean Sea off the coast of Marseille while on a mission to fight for Occupied France. The death of the writer created a hero in a country humbled by defeat and collaboration. Lost in the hoopla was Antoine’s widow, partially as his family had done their utmost to erase her from the de Saint-Exupéry myth.

Consuelo Suncin Sandoval's, or the Countess of Saint-Exupéry as she preferred to be called, stormy relationship with Antoine began on their first date. The couple met in 1930 in Buenos Aires, where Antoine ran the Aéropostale mail company’s South American routes. Consuelo was in the capital to collect her widow’s pension from her second husband, Enrique Gomez Carrillo, a Guatemalan writer and Argentina’s consul general in Paris. The Latin beauty was the daughter of a Pipil Indian coffee planter in El Salvador. At age nineteen, she had abandoned a sixty-year-old poet lawyer fiancé, before marrying a Mexican captain. Widowed a few months later when her husband died during the Civil War with Pancho Villa, she took up with Jose Vasconcelos, who dubbed her a “tropical Scheherazade.” After she left him, he changed her nickname to Charito, Spain’s most notorious striptease artist. 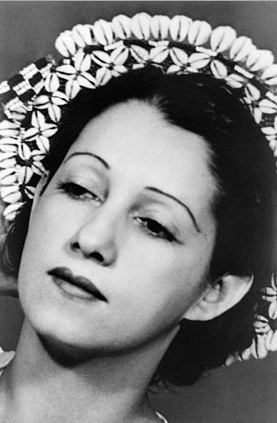 Moments after their meeting, Antoine insisted on taking Consuelo on his plane to show her the clouds over the Rio de la Plata; airborne, he demanded a kiss. Upon her refusal, he put his plane into a nose-dive, threatening to drown them and her friends in the passenger seats. After their embrace, as the plane zigzagged though the night sky, Antoine proposed.

Antoine and Consuelo married in 1931 to his aristocratic family’s horror. They called her a “tart” and a “Comtesse du cinema” and claimed that marrying a foreigner was even worse than marrying a Jew. Author Andre Gide wrote, “Saint-Exupery returned from Argentina with a new book and a fiancée. I read the book; I saw the other. I congratulated him, above all for the book.” A far more bitter pill was when Antoine, as did the Little Prince, realizes that there are many beautiful roses. Fed up with Antoine who was often AWOL and a womanizer, Consuelo sought a divorce. However, in 1940, after Antoine left for New York City to enlist American aid for the French war effort, Consuelo followed. In their rented house in Northport, Antoine wrote Le Petit Prince in which his life became the model for his fictional alter-ego. In his parable he wrote of his time with other roses, and his belated realization that he should have honored his commitment to take care of his unique flower on asteroid B-612.

St. Exupery left the safety of America to return to fight for his country. In a letter from a North African air force base, he wrote, “Consuelo, thank you from the bottom of my heart for being my wife. If I am wounded, I have the one who will take care of me. If I am killed, I will have the one I want to wait for in eternity.” In 1998, a fisherman’s net ensnared a silver bracelet engraved with the names Antoine and Consuelo.

The 2003 publication of The Tale of the Rose: The Love Story Behind the Little Prince brought to light the life of the Countess of St. Exupéry. And it is the words from the fox that encapsulates the parable’s wisdom, “And here is my secret, a very simple secret: It is only with the heart that one can see rightly; what is essential is invisible to the eye.”