As Shakespeare’s Juliet leaned against her Verona balcony, she posed a philosophical question, “What’s in a name?” Her answer proved she was the possessor of a wisdom that belied her thirteen years when she surmised, “A rose by any other name would smell as sweet.” The passing of the centuries, however, made manifest that labels do indeed matter. 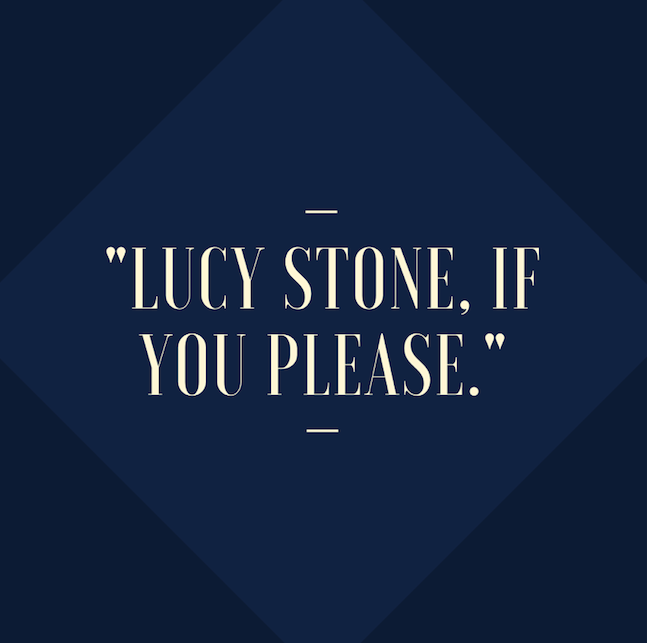 When my mother married in 1950, it was as if a magician put her into his box; Gilda Karbel was no more, replaced by Mrs. Harry Wagman. As a product of her era, she was not bothered by the annihilation of her identity; after all, by tying the knot, she had gained what Marilyn Monroe considered a girl’s best friend, attained a coveted marital status, salvation from the term, “old maid.” Given the mores of the decade, marriage also meant economic salvation. In that older, less-gentler clime, she could not have opened her own bank account, purchased a home, obtained a job other than secretary, teacher, maid, or nurse. In Funny Girl, the celluloid Fanny Brice crowed, “Sadie, Sadie married lady/See what’s on my hand/There’s nothing quite as touching/As a simple wedding band.” Reality came calling due to the trifecta of husband Nicky Arnstein’s racketeering, stint in Leavenworth, and adultery that led to Fanny’s realization while all weddings are happy, all marriages are not. Posterity remembers the star by the name her Mama gave her.

One of my favorite childhood traditions before the Labor Day long weekend was a sojourn to Woolworth’s department store to purchase school supplies. I left the five and dime emporium the proud possessor of a black and white composition notebook, pencils sharped to a perfect point, and a cartridge pen. Alas, rather than filling my journal with what the Toronto Board of Education deemed relevant, I endlessly doodled Mrs. Larry Finkelstein in its margins. My bestie, Yona Bergstein, did the same with her future title and hubby.

However, as my teenage years dovetailed with the 1960s Women’s Movement, I underwent a paradigm shift. The zeitgeist of the time was to be successful we did not have to marry a doctor; we could-miracle of miracles- earn a M.D. Notwithstanding that fact, when I attended York University as an English literature major, my mother’s friends insisted my true aspiration was to obtain my M.R.S. When I protested that was not at all my intent, they just gave a knowing smile and said they could not wait to dance at my wedding.

Two decades later-yes, I am a consistent late-bloomer, it was my time to become Sadie, the married lady, (and no, not to Larry Finkelstein.) Although I was unsure what wedding dress to choose, I did know I would not relinquish the name on my birth certificate. I felt to take my husband’s surname would be to abandon the identity I had used for thirty-five years. Moreover, if I had gleaned anything from Germaine Greer’s The Female Eunuch, it was that relationships must never be built on the quicksand of inequity. Thus, I felt it was a slap in the face of the Women’s Movement to succumb to the tradition of standing under the Chuppah and surrendering my birthright when my dearly beloved did not make the same gesture. After all, when I played Monopoly with my brothers, we all followed the same rules in the Parker Brothers’ manual. I had to be true to the mindset of what is good for the goose is good for the gander.

Irving, my future father-in-law, was less than pleased with the wayward fiancée of his only son and groused, “What, Geller isn’t good enough for you?” Friends, concerned about my matrimonial well-being, confided that my refusal to become Mrs. Geller indicated I was selfish, a character trait best hidden until the ink had dried on my marriage certificate. Others viewed me as cut from the same cloth as those who eschewed bras or allowed female body hair to sprout unchallenged, (in regard to the latter, guilty as charged.) What stuck in my throat were males never changed their surnames unless they were in a witness protection program. And therein lay the rub: how could there be gender equality when males and females were dealt different cards? WWGGD? (What would Germaine Greer do?) As she did not transition to Mrs. du Feu after marrying Paul, I stuck to my liberal gun. In addition, I knew if anyone called out, “Mrs. Geller,” I would automatically look around for my mother-in-law. In contrast to my point-of-view, many moons ago I asked John M., who came from a traditional Italian family, if his fiancée Sue was going to become Mrs. M. In a voice of righteous indignation, he replied that of course she would; she respected him.

Surprisingly, the tradition of keeping one’s maiden name (maiden, as in virginal) predated the radicalism of the 1960s. Elizabeth Cady Stanton described fellow suffragette Lucy Stone as “The first woman in the nation to protest against the marriage laws at the altar, and to manifest sufficient self-respect to keep her own name, to represent her individual existence through life.” Lucy made her decision more than a century ago, when she wed Henry Blackwell, the brother of Elizabeth Blackwell, America’s first female doctor. Prior to tying the knot, she ascertained there was nothing illegal about keeping her name by consulting prominent lawyers such as Salmon Chase, later a Supreme Court Justice. For the remainder of her days, she signed her name, “Lucy Stone (Only)” and, when pressured, “wife of Henry Blackwell,” on hotel ledgers and legal documents. Elizabeth Cady Stanton-who used her maiden name as her middle one-again praised Lucy, “Nothing has been done in the women’s rights movement for some time that so rejoiced my heart as the announcement by you of a woman’s right to her name.”

Although never achieving the stature of Susan B. Anthony and Stanton, Stone impacted posterity. In 1921, Ruth Hale, a reporter who covered World War I from Paris for the Chicago Tribune and who later became the wife of journalist Heywood Broun, founded the Lucy Stone League, an organization dedicated to the right for a wife not to be legally bound to change her name after saying the words, “I do.” A group member was Jane Grant, who helped found The New Yorker and was The New York Times’ city room’s first woman reporter. The League’s motto: “My name is the symbol for my identity and must not be lost.” Women who retained their names were known as “Maiden Namers” and “Lucy Stoners.” In 1931, TIME referred to Amelia Earhart as a “staunch Lucy Stoner,” when she remained Amelia Earhart after her marriage to George P. Putnam, scion of the famous publishing house. Two years later, TIME wrote that President Franklin D. Roosevelt’s Secretary of Labor, Frances Perkins, was “no Lucy Stoner” and only used her maiden name in public “so as not to embarrass her husband with her political activities.” Well-known contemporary ladies who compromised by retaining their middle names and adding their husbands:’ Shirley Temple Black, Coretta Scott King, Hillary Rodham Clinton.

Although American laws did not mandate married women to adopt their spouses’ surnames, in many states there was pressure for ladies to comply. Prior to the 1970s, females could not access their paychecks, passports, driver licenses, bank accounts or vote unless their names were consistent with their husbands’. A blow to this sexist statute occurred in the 1975 Dunn v. Palermo, wherein the Tennessee Supreme Court ruled that a married woman could only register to vote under her spouse’s surname.

Some may view the debate along the lines of much ado about nothing, but I differ. Documents are a roadmap to identity and one’s name adorns birth certificates, Sweet 16 invitations, high school diplomas, the HELLO tag at meet and greets. For a certain ilk of person, it also appears on monogrammed towels, personalized stationery, and sealing wax stamps. I still remember the thrill when my friends and I spied keychains with our names at Woolworth-sorry, Yona.

Foregoing one’s maiden name also makes finding ghosts from the past an impossibility. I moved from Toronto to San Diego in 1986, and in a nod to nostalgia, I tried to find friends from yesteryear. The task oftentimes proved futile, either because former classmates have no online presence, or disappeared because they assimilated into their husband’s names. Yona, if you are reading this, get in touch!

My students at Sweetwater High School in National City-near the Tijuana border- enjoy debating and were vocal when I asked them to weigh in on the controversial issue of should the bride exchange her name when she exchanged her vows. Some of the boys, who put the macho in machismo, felt if their girlfriend refused to do so it would be the ultimate in disrespect. Angel’s comment was along the line of, “If any hoe is gonna diss me I’d dump her sorry ass.” Upon hearing his words, I was torn whether to criticize his grammar or his choice of words. Tanisha made the decision for me when she chimed in, “He can godddam take my name.” It was her finest hour.

In her dystopian novel, The Handmaiden’s Tale, Margaret Atwood lent a somber overtone to the significance of one’s moniker.  In the Republic of Gilead, fertile women were slated to serve as handmaidens, forced into ritualized sex in order to provide children to their wealthy, childless owners. The protagonist, Offred, derived her name to signify she was the property of Fred, Commander Waterford.  Her name is also a play on “offered,” denoting a victim offered as a sacrifice.

While Shakespeare’s Hamlet endlessly pondered, “To be or not to be?” many women contemplate, “To keep or not to keep?” In answer to the latter, there is no litmus test except the one that dovetails with an individual’s preference, often shaped by religion, nationality, and tradition. Name shaming, like all other shaming, is odious; the decision is between a couple and their conscience.

As for me, I will tread the path forged by Lucy. On one occasion, when a neighbor greeted her on a train as Mrs. Blackwell, she responded, “Lucy Stone, if you please.”