The Smithsonian is America’s greatest treasure chest, filled with 150 million precious artifacts. Ironically, its creation did not come from a president or a patriot; rather, the scientist who willed the museum into existence, James Smithson, never set foot in the United States.

If you have ever visited the Smithsonian Institution Building, better known as “The Castle,” you might have noticed a crypt that holds the remains of its founder. No one knows the exact day of James’ birth because his mother avoided drawing attention to her out-of-wedlock son; what is known is she surreptitiously delivered her baby in France in 1765. His British parents were Elizabeth Macie, a wealthy widow descended from King Henry VIII, and Hugh Smithson, Duke of Northumberland. Class-obsessed London looked down on James due to his stigma of illegitimacy. With his mother’s financial backing, James studied at Oxford and travelled extensively throughout Europe. He visited Paris at the start of the French Revolution and ended up as a prisoner during the Napoleonic Wars. Upon Elizabeth’s passing, James inherited a sizable fortune and changed his surname from Macie to Smithson. 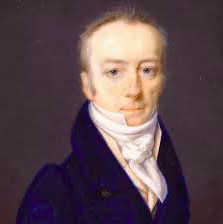 Science was the main constant of James’ life, and the Royal Society of London inducted him as a member. As James never married or had a child, in his will he left his fortune, in today’s currency, $13,000,000, to his nephew, Henry James Hungerford. He further instructed that if Henry died without heirs that his money should be earmarked to “the United States of America, to found at Washington, under the name of the Smithsonian Institution, an Establishment for the increase and diffusion of knowledge.” The motive behind the behest remains an enigma: perhaps James admired America’s freedom from the rigid class hierarchy; perhaps he admired its Enlightenment ideal of democracy. James died in 1829 while living in Genoa, Italy; Hungerford, in his twenties, died of unknown causes in in Pisa, Italy.

The executors of the estate notified the United States government of this windfall, and it was left to Congress how to carry out the spirit of James’ vision. After eight years of debate on the best way to diffuse knowledge, President James K. Polk signed an Act of Congress that established the Smithsonian Institution, many of its building located on the National Mall.

In 1904, the English cemetery in Italy that held the grave of James Smithson planned to demolish the site. Acting without the permission of his fellow Smithsonian regents, the inventor of the telephone, Alexander Graham Bell, arranged for James’ remains to be transferred to the Castle for reinternment. In 1973, workers opened James’ coffin and discovered a sealed metal container. They used torches to open the box and set its silk lining on fire. The bones were unharmed, and an anthropologist determined they belonged to a short man who smoked a pipe. A Christopher Marlowe play tells of a man who sold his soul to the devil in exchange for the universe to reveal its secrets. James Smithson, in contrast, gave America its soul when he bequeathed the country his fortune, thereby making him the American Dr. Faustus.