The Porsche serves as status symbol for Russian oligarchs, Beverley Hills plastic surgeons, European aristocrats, and anyone else with the need for speed- as well as $125,000 to burn. But behind the allure lurks a father and son who rose to greatness on the coattail of evil.

The genesis of the brand began with the 1875 birth of Ferdinand Porsche. In 1902, the Austrian-Hungarian empire drafted Ferdinand into the army where he served as the chauffeur for Archduke Franz Ferdinand whose Sarajevo assassination led to World War I. The following year, Ferdinand married Aloisia Johanna Kaes. Although a husband and father to Louise, his paason remained for the four-wheeled. When Aloisia was in labor, Ferdinand was competing in a race near Vienna. He learned of the birth of Ferdinand "Ferry" Anton Ernst via telegram.

Before he learned to ride a bicycle, Ferry steered a car while sitting on his father’s lap; he crashed into a wall. At age twelve, Ferry watched a race in which a driver for Daimler-Benz team died. In his autobiography, Cars Are My Life, he wrote that he was the only one who did not turn away at impact; he wanted to observe the cause of the crash, (a faulty wheel). By age ten, he owned his own miniature vehicle. 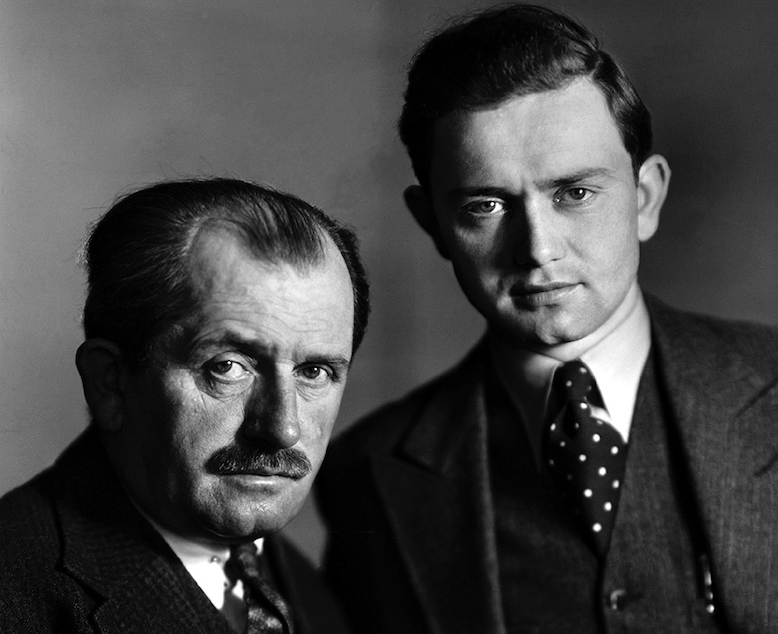 In 1933, Adolph Hitler approached Ferdinand, who oversaw the Daimler Motoren AG factory to discuss the construction of a “people’s car,” “the Volkswagen.” In 1936, Ferdinand and Ferry-both Nazi party members- had assembled the first prototype in the garage of their Stuttgart home.  The model, later known as the Beetle, transformed from Fuhrer power to Flower Power when it became an icon of the hippie era. A beaming dictator watched as workers laid the corner of the VW factory. Ferry described the Nazi leader as “simpatico if you knew him personally.” During World War II, production shifted from cars to armaments and father and son designed tanks for the Third Reich. After Germany’s defeat, the French arrested Ferdinand and his son-in-law, Anton Piech for war crimes-such as using thousands of Russian prisoners as slave laborers. Ferry claimed the arrest was a move to force his father and his sister’s husband to help with the French auto industry.  Ferry paid two million francs to secure their release and to expunge their record. Although busy with wife Dorothea and their four children, designing Wehrmacht weapons, arranging paternal bail, Ferry designed a classic.

In the aftermath of World War II, Ferry thought far outside the conventional box when he created a luxurious sports car although it took a wheelbarrow of deutschmarks to buy a loaf of bread. The first automobile to carry the Porsche label was the 356 roadster that he hand built in a former cow shed in Gmund, Austria. As a marketing ploy, he lured German aristocrats such as Alfried von Krupp, the arms industrialist convicted of war crimes at the Nuremberg trial, who drove one upon his 1951 prison release. Prince Bertil of Sweden was a devotee, as was Prince Abd el Moneim of Egypt who purchased a new model each year. Tragedy attached itself to the brand in 1955 when James Dean crashed his Spyder 550 that resulted in his death.  Jerry Seinfeld owns forty-five models that he stores in a $1.4 million facility.

The visionary proved prescient, and the Porsche family fortune is estimated at more that $3 billion. For thirty years, Ferry, dressed in a checked jacket, appeared on the front cover of his company’s brochures. For fifty years he marked the pre-Lent Carnival festivities by dressing up as Charlie Chaplin and visited his Stuttgart factory. He passed away at the Porsche vacation home in the Austrian resort town of Zell am See, at age eighty-eight.

After understanding the swastika in the Porsche trunk, it is impossible to bid it Auf Wiedersehen.